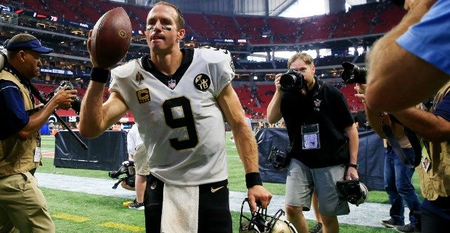 This one wasn’t even close.

Coming into the Superdome as the reigning Super Bowl champions, the Philadelphia Eagles were demolished at the hands of the New Orleans Saints, who overpowered the Birds in what became their ninth straight victory of the season on Sunday.

In the end, the Saints prevailed, 48-7, in a complete domination from start to finish.

Carson Wentz had nowhere to throw, the Eagles’ backs had nowhere to run, and their defense had no answer for the Saints’ array of playmakers. Mark Ingram scored twice, Michael Thomas another, Tre’Quan Smith another, and Austin Carr another, in a sure fire beat down in Week 11.

This team looks destined to play in the Super Bowl.

Here is what the Saints players had to say about the game. ...