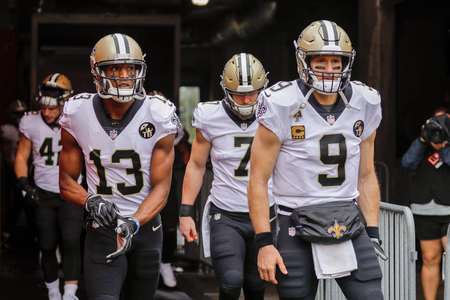 Week 14 couldn't have gone much better for the New Orleans Saints.

By defeating the Tampa Bay Buccaneers -- coupled with the Los Angeles Rams (11-2) losing to the Chicago Bears (9-4) -- the Saints (11-2) won their second-straight NFC South division title and recaptured first place in the NFC on Sunday night.

Though the Rams and Saints are both 11-2, New Orleans holds the tie-breaker because of a head-to-head 45-35 win on Nov. 4 in Mercedes-Benz Superdome.

The team that finishes first in the NFC gets a first-round playoff bye and home-field advantage throughout the playoffs.

New Orleans has never lost a home playoff game under coach Sean Payton. It's 5-0 in those games.

But there are still three weeks left in the regular season. Here's how things stand. ...