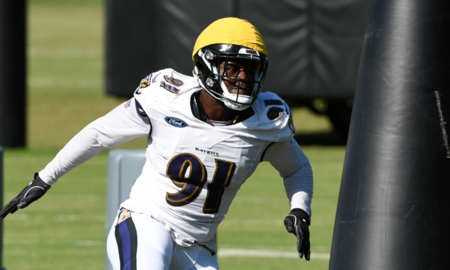 It took a few days, but the New Orleans Saints practice squad is finally at full capacity. NewOrleans.Football’s Nick Underhill reports that the team is signing defensive end Marcus Willoughby to fill their final spot on the 16-man unit, a day after the Saints re-signed slot receiver Austin Carr to their practice squad (following an initial wave of 14 signings).

Willoughby is a rookie out of Elon University who signed with the Baltimore Ravens as an undrafted free agent after the 2020 NFL Draft. Listed at 6-foot-3 and 252 pounds, he brought a solid resume from college (recording 224 total tackles and 16.5 sacks in 43 games in the CAA) but wasn’t able to crack Baltimore’s loaded roster. ...