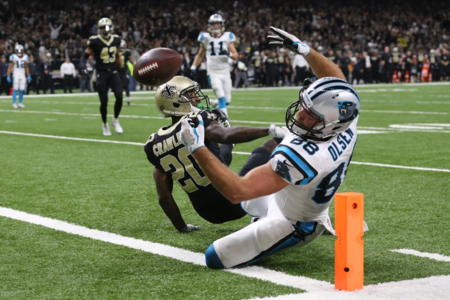 That didn’t take long: just days after waiving backup offensive lineman Will Clapp, the New Orleans Saints re-signed him to their practice squad. The move was reported on the NFL daily transactions wire’s Tuesday update.

Bringing him back made sense even before an injury to left guard Andrus Peat in Sunday’s loss to the Green Bay Packers; Clapp is one of the more experienced reserves on the team, having made the roster outright as a rookie out of LSU back in 2018. He should be a candidate for single-game activation if Peat can’t play after going down with an ankle injury.

Clapp’s return brings the Saints back to full capacity on the 16-man practice squad, having previously reunited with cornerback Ken Crawley. Other recent additions include cornerback Grant Haley and defensive lineman Anthony Zettel, though seven practice squad spots are still filled by rookies.