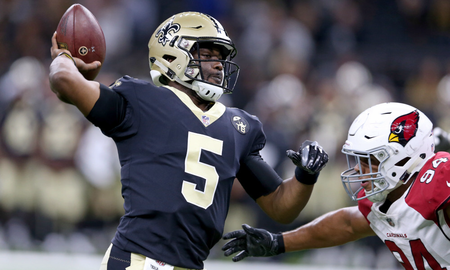 The New Orleans Saints seem to make this roster move a regularly-scheduled procedure: undrafted rookie quarterback J.T. Barrett has returned to the team’s practice squad, per Nick Underhill of the Advocate. Defensive back Chris Lammons, signed not long ago, was waived so that Barrett could re-sign.

The Saints sometimes like to have a player they know they can safely release and re-sign within days, without being a risk of poaching by other teams. In the past that guy was Andy Tanner.

For the folks keeping score at home, here are the players currently on the Saints practice squad: ...