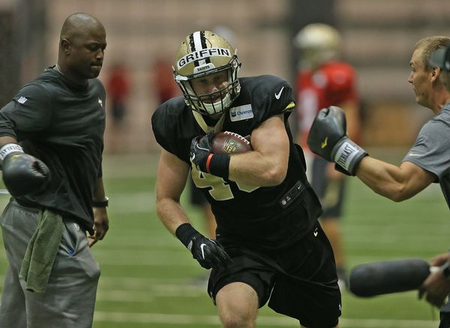 Cobbs did not participate in practice Friday because of a knee injury and had been ruled out for the game. The Saints signed Cobbs off the Washington practice squad Dec. 14 and had him on the 53-man roster but he did not play in a regular season game.

Griffin has spent the better part of three seasons on the Saints practice squad. He played three late-season games in 2017. Griffin first joined the Saints as an undrafted free agent out of Air Force in 2016. ...