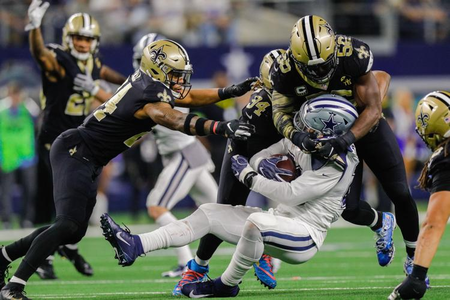 Dallas Cowboys owner Jerry Jones was referring to his own team Thursday night.

But his statement could have applied to the team in the much quieter visitors' locker room at AT&T Stadium as well.

"I really think this bunch is going to take this and really be a different team over the next four ballgames," Jones said.

Just how different the New Orleans Saints are for the final four games of the season after Thursday's 13-10 loss to the Cowboys remains to be seen.

Will they return to Super Bowl-looking form, using Thursday's setback to refocus for the final stretch of the regular season?

Or did Thursday provide the formula on how to slow down the NFL's most prolific offense? ...