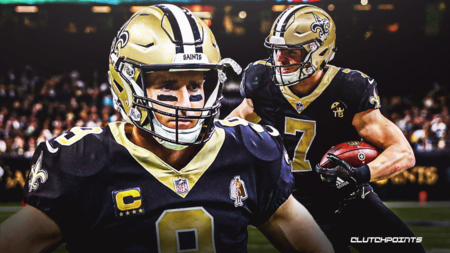 New Orleans Saints quarterback Drew Brees remains sidelined due to a recently sustained collapsed lung and multiple rib fractures which led him to be placed on the team’s injured reserve list. Saints head coach Sean Payton turned to the versatile Taysom Hill to lead the team’s offense in lieu of the veteran’s extended absence.

Although Payton’s decision to start Hill over Jameis Winston was met with a bevy of disagreement from critics, Brees backed it up and spoke that Hill was deserving to get where he is right now in his career, given his undying team-first mentality.

“Patience and perseverance is exactly right. The ultimate team player,” he told ESPN. “Think about all the roles he has played for us over the last few years to help us win. A real testament to his commitment and willingness to sacrifice for the team [in addition to] his work ethic and desire to constantly improve.

“A lot of mental toughness and fortitude.”

Taysom Hill has been a mainstay on the New Orleans-based squad since he was claimed off waivers after going undrafted in the 2017 NFL Draft. ...