Saints QB Drew Brees treasures mentoring Pelicans' Zion Williamson: 'I want to be there as a resource' (1 Viewer) 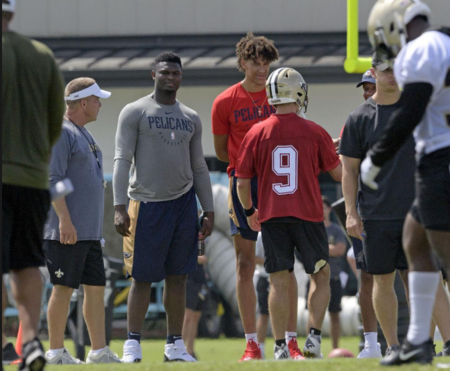 Even before Brees met Williamson in person, he's taken on a mentorship role with the Duke product. Why? Because Brees sees a lot of similarities between them and their situations.

"Zion hasn’t played a game, right? He hasn’t even stepped foot on the court yet," Brees said, raving about Williamson and the Pelicans for nearly half his media availability on Thursday. "So, as much excitement as there is and I think at the end of the day, for me as being a guy who knows what it’s like to come to a city and feeling like it’s kind of starting from scratch, you know, building something from the ground up. ...