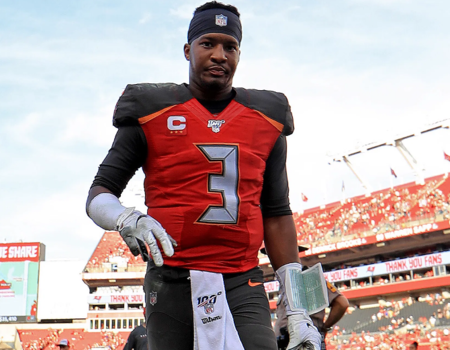 As he prepared to hit the free-agent market for the first time in his NFL career, quarterback Jameis Winston decided to undergo LASIK eye surgery in February.

And it sounds like the procedure has made quite a difference.

"I can read license plates. I can read street signs," Winston told reporters Wednesday. "I think the precision in the vision is the biggest difference."

The 2015 No. 1 overall draft pick and former Tampa Bay Buccaneers quarterback spoke with local reporters in New Orleans a day after signing a one-year contract with the New Orleans Saints — a so-called "bridge" deal that will give him a chance to back up (and learn from) veteran starter Drew Brees.

Winston's comments about license plates and street signs came after he used a hypothetical scenario to describe the improvements in his vision. He offered up the example of a hit-and-run car accident in which he would have previously been unable to read the license plate of the car that hit him. ...