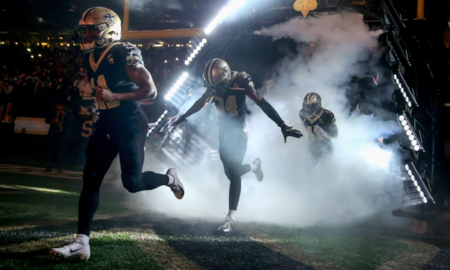 The New Orleans Saints are looking to continue their rally from a 1-2 start with a win over the Los Angeles Chargers before their Week 6 bye, and if they accomplish that it will be due to the efforts of many of the players on this list. With the first four weeks — the first quarter of the season — behind us, it’s time to pass out the quarter-season awards.

Kamara has been the engine that moves the Saints offense, making huge plays on the ground and through the air. He leads the NFL in scrimmage yards (557) and touchdown catches and carries (7) through four weeks, and he’s already forced 17 broken tackles. He should an early-season favorite to win Offensive Player of the Year for his performance so far, and he might get even better once Michael Thomas is back on the field with him to draw attention from opposing defenses.