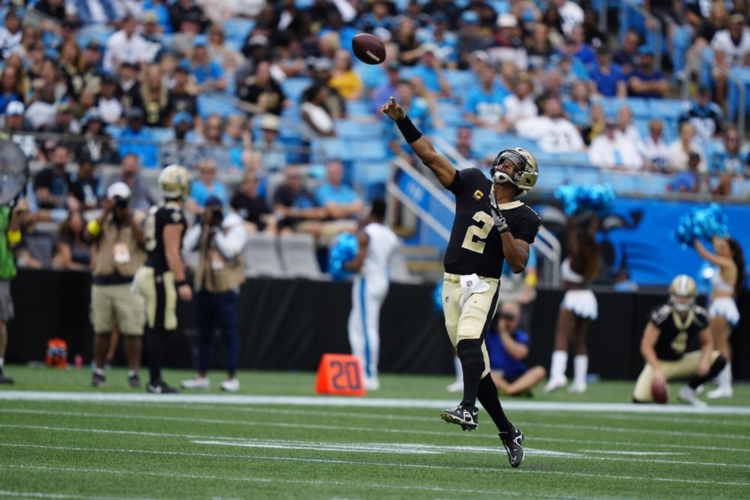 First-year Saints coach Dennis Allen might have liked to keep his focus on defense, an area he built into a strength of the club as a coordinator the past six-plus seasons.

But while the unit he primarily oversees continues to perform well, costly breakdowns on offense and special teams are demanding more attention.

“We’ve got a lot of areas that we’ve got to improve on,” Allen said Monday after spending part of an overnight flight to England reviewing video of a 22-14 loss at Carolina last Sunday.

“We’ve got to work hard to get those things corrected and fixed before we get to Sunday.”

Even in their lone win in Atlanta in Week 1, the Saints needed a 17-point fourth quarter to pull off the largest fourth-quarter comeback victory in franchise history.

For most of the 11 other quarters they have played this season, the Saints have struggled to score — done in by a combination of drive-stalling penalties, turnovers and even missed field goals.

Through three games, the Saints (1-2) have scored 10 total first-quarter points, none in the second quarter of any game and three third-quarter points. They’ve fumbled eight times, losing four. And quarterback Jameis Winston has thrown five interceptions — one more than his touchdown pass total of four. ...