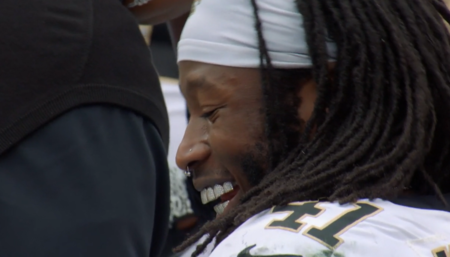 By Kevin Patra | Around the NFL Writer

Saints fans near and far fret about the future of Alvin Kamara in New Orleans. Entering the final year of his contract, will the dynamic dual-threat running back get a big long-term deal or not? How would paying an RB fit into the gymnastics the Saints' front office already does with the salary cap?

"As far as contracts go, I'm not concerned with contract talks at all," he said, via Luke Johnson of The Times-Picayune. "Me and my agent talked briefly about it, and I told him, 'Don't tell me anything about a contract until stuff is happening and there's something I need to know.' If I was my own agent, then I would have everything to tell you guys about a contract, but I'm not. I don't talk (with the front office) about contracts, I don't talk to coaches about contracts."