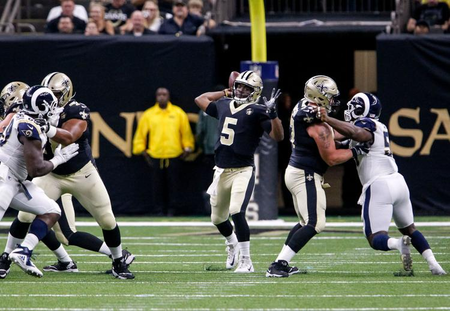 The Saints have re-signed J.T. Barrett to the practice squad.

The quarterback's spot on the roster was created by releasing running back Martez Cater, who was signed earlier this week.

Barrett has bounced off and on the roster throughout the season.

Carter, who starred at Grambling State, took the place of Boston Scott, who was signed to the Eagles' 53-man roster last week. ...