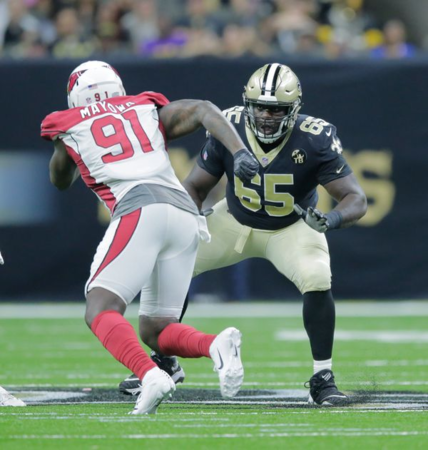 The New Orleans Saints are bringing back veteran offensive lineman Michael Ola on a one-year deal.

Ola appeared in seven games over two separate stints with the Saints in 2018 before he suffered a high ankle sprain against the Tampa Bay Buccaneers in Week 14. He finished the season on injured reserve.

New Orleans cut Ola after training camp only to re-sign him a few days before the season opener against the Buccaneers. He played four special teams snaps in that game and was released again the following week. ...