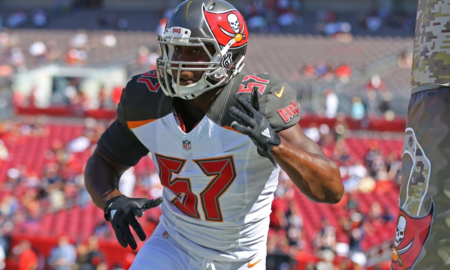 The New Orleans Saints re-signed defensive end Noah Spence on Monday, as first reported by NFL Network’s Tom Peliserro and confirmed by ESPN’s Field Yates. Spence was first picked up by the Saints late in the 2019 season after starting defensive end Marcus Davenport was lost for the year with a foot injury, though he was never activated for a game.

Still, keeping him around ensures an experienced depth chart from top to bottom. Spence appeared in 34 games for the Tampa Bay Buccaneers (who drafted him just ahead of the Saints’ second-round pick back in 2016; they ended up selecting his former Ohio State teammate Michael Thomas instead) before landing with the Washington Redskins as a situational pass rusher off the edge. ...