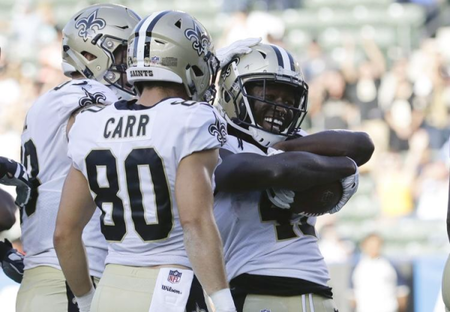 CARSON, Calif. — If the third preseason game is the NFL's main dress rehearsal for the regular season, the New Orleans Saints had a few forgotten lines and missed cues in the opening act.

But once they settled into the performance, the Saints put on a show.

Behind a punishing pass defense and solid performances from its backup quarterbacks, the Saints finished off half a week in Southern California by stomping the Chargers into the dirt with a 36-7 blowout at the StubHub Center.

Working with a full lineup for the first time all preseason, New Orleans (2-1) got off to a shaky start.

Finally given a chance to start after being held out of the first two preseason games, Drew Brees tossed an interception on his first series, failing to account for Chargers rookie Derwin James on a deep ball to Ted Ginn Jr. down the seam. ...