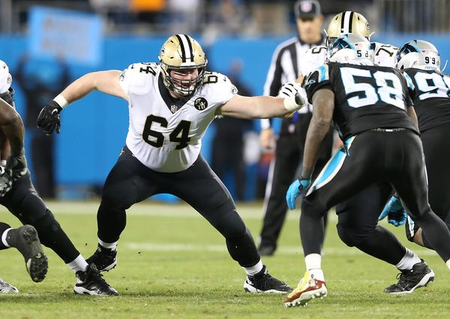 CHARLOTTE — Will Clapp could not wait to arrive to Bank of America Stadium Monday night.

Finally, 14 games into his rookie season, Clapp was on the active roster for the first time as an NFL player. He had not as much as worn pads during a game since the preseason. Clapp was at the team hotel, giddy and excited to get on the field.

And, as it turns out, he had a much larger role to play than he anticipated.

Clapp, the New Orleans Saints’ seventh-round pick out of LSU in this year’s draft, was anticipating to see the field as the Saints’ sixth offensive lineman in jumbo sets.

It was a role previously occupied by Jermon Bushrod when Terron Armstead was healthy, then by Michael Ola when Bushrod slid into Armstead’s spot. When Ola went on injured reserve, Clapp was elevated to the active roster. ...