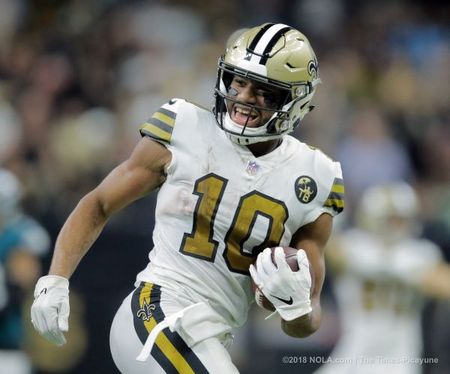 A pair of key New Orleans Saints rookies were ruled as questionable to play against the Falcons Thursday (Nov. 22), and one important Falcons defender was ruled out.

Saints receiver Tre’Quan Smith and defensive end Marcus Davenport both have a chance to play against the Falcons, while Atlanta’s Pro Bowl linebacker, Deion Jones, does not.

Smith turned in a career performance against the Eagles last week, hauling in 10 passes for 157 yards and a touchdown, but he did not practice until Wednesday after sustaining a foot injury against Philadelphia. ...