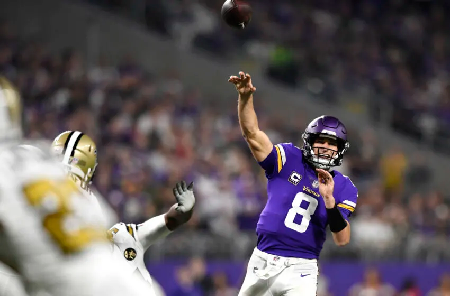 We’ll hear tons of New Orleans Saints rumors this offseason, especially at quarterback, as it’s a position NOLA is having issues with. The latest name to be linked to the Saints is none other than current Vikings quarterback, Kirk Cousins.

Charley Walters of The Pioneer Press noted in a recent column that:

Cousins, 33, is guaranteed $35 million next year, with a salary cap hit of $45 million. On the open market, Cousins, who has played well, probably would get a similar deal. Hint: It’s a good bet he would thrive under offensive-minded Saints coach Sean Payton.
Click to expand...

While the Saints are going to be connected to pretty much every available quarterback due to their need at the position, Cousins probably isn’t a fit for a variety of reasons. First and foremost, Cousins wouldn’t come cheap.

As Walters notes, Cousins has a cap hit of $45 million next year. I don’t think I need to be the one to tell all of you that NOLA doesn’t have that kind of money to spare, not unless they made several significant moves and completely readjusted their funds in the offseason.