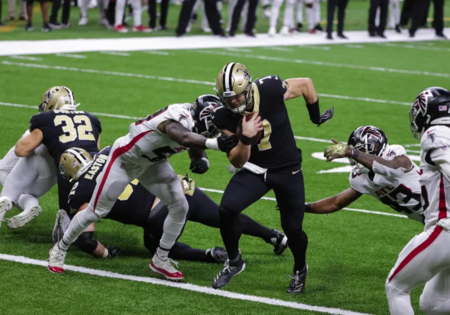 Previewing the New Orleans running game against the Denver rush defense for their Week 12 matchup.

The 8-2 New Orleans Saints look to notch their eighth straight victory with a win on the road against the 4-6 Denver Broncos this Sunday. They come into the game with the NFL's 12th ranked offense, averaging 373.4 yards per game, with their 29.5 points per contest 5th best in the league. They rank 5th in 3rd down percentage, converting 46.9% of their opportunities, and have turned the ball over just ten times this season.

The Saints are best known for the passing efficiency of quarterback Drew Brees, but in recent years have had one of the NFL's most balanced offensive attacks. New Orleans has the league's 8th ranked rushing game, averaging 125 yards per game on the ground, and their 15 rushing touchdowns are the second-most in the league.

That balance has helped New Orleans to continue to be effective offensively despite injuries to their receiving corps early in the year and a rib injury to Brees that forced him to miss last week and at least the next two games. Taysom Hill stepped in for Brees last week against Atlanta and was not only an effective passer, but helped the team to their most productive rushing output in a game this season with 166 yards. ...