Saints Running Backs have depth; Who's behind Kamara and Murray? (1 Viewer) 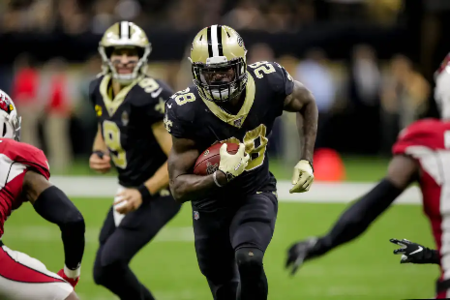 The New Orleans Saints averaged 108.6 yards rushing per game in 2019, ranking 16th in the league. That was down from 2018, when a 7th ranked rushing attack averaged 126.5 yards per contest. One reason was the free-agent defection of running back Mark Ingram in free agency and his replacement Latavius Murray taking a few games to get integrated into the offense. Various injuries also hobbled Pro Bowl back Alvin Kamara throughout the season last year. Kamara enters the 2020 season in the last year of his contract, and amid speculation that he could hold out if they do not reach a new deal before training camp.

Despite the contract situation with their star back, the Saints had very little offseason activity at the position outside of re-signing backup Dwayne Washington. Let’s have a look at the team’s depth chart at running back now that the NFL draft has concluded.