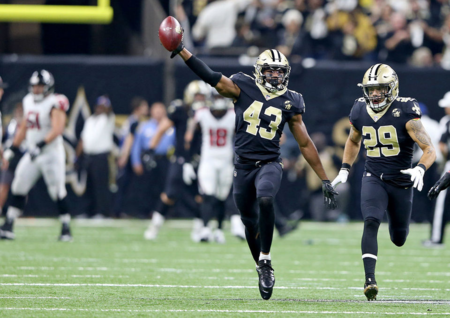 The New Orleans Saints made a significant change to their safety group when they decided last offseason to allow former first-round pick Kenny Vaccaro leave in free agency. Then, the team thought it had found a suitable veteran replacement even before free agency when it signed Kurt Coleman, who had been cut by the Panthers in a cost-saving move.

The 2018 season began with Coleman starting at strong safety and Marcus Williams at free safety, but by Week 2, Vonn Bell effectively replaced Coleman, a move that ultimately helped the defense. ...

Yesterday at 2:49 PM
Dan in Lafayette