Saints say 'progressions,' other guys performing well is why Cameron Meredith has had to slow start (1 Viewer) 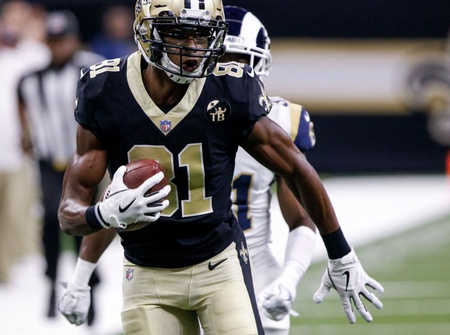 The addition of Dez Byrant to the roster isn’t as an indictment of anyone already on the team.

Even though free-agent addition Cameron Meredith hasn’t made much of an impact, the Saints say there isn't a particular reason for his slow start. It’s just how things have played out.

“Nothing’s been holding him back,” coach Sean Payton said. “Oftentimes it's the progression. Sometimes he didn’t play as many snaps in Minnesota based on our personnel. He had some big plays against Washington, so a lot of its just the progression of what we’re doing.”

Meredith signed with the Saints as a restricted free agent to a two-year, $9.5 million contract. The Bears could have retained him but decided not to match the offer as Meredith was working his way back from a knee injury that kept him sidelined throughout the 2017 season.

So far, he has nine catches for 114 yards with one touchdown. He had five catches for 71 yards against Washington but was not targeted in any of the last three games. ...