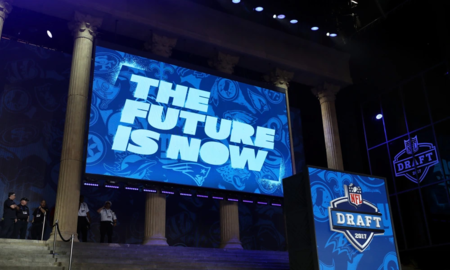 It’s hardly the news New Orleans Saints fans were hoping to read the morning after the playoffs Divisional Round, but here it is. Time marches forward and so will we. With the Saints eliminated from postseason play and their 2020 season over, their initial draft slot has been set at No. 28 overall in 2021, behind the other teams that lost in this round, owing to New Orleans’ stronger regular season record.

For a quick refresher, the last three draft prospects selected at that spot include Baltimore Ravens linebacker Patrick Queen, Los Angeles Chargers defensive lineman Jerry Tillery, and Pittsburgh Steelers safety Terrell Edmunds. It’s possible the Saints can still find some help in that range, but they may struggle to find a rookie quarterback to take over for Drew Brees.

Then again, don’t expect the Saints to stay put. They’re frequent draft-day traders, understanding that they can always swap out future picks to move up now because they’ll continue to receive more selections down the line. And with team executive Terry Fontenot expected to become the Atlanta Falcons general manager, the Saints will receive more compensatory picks as part of a new NFL minority hiring policy. ...