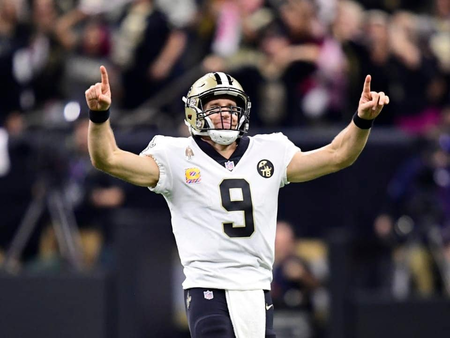 By Jermaine Every | Sportsmap

Saints train continues with a 48-7 win against the defending Super Bowl champion Eagles. This game was a laugher since the first quarter. Here’s how I saw it play out:
The Good

-The Saints offense scored 17 points on its first three possessions. They lead the Eagles in total yards 190 to 15 after the first quarter. The Saints offense reminds me of Forrest Gump when he decides to start running.

-With all the attention paid to Alvin Kamara, Mark Ingram is sometimes not as looked at as a weapon in this offense. He totaled 103 rushing yards and two touchdowns. People tend to forget Ingram was a 1,000 yard rusher before the Saints drafted Kamara.

- Seven different Saints caught passes from Drew Brees against the Eagles. But rookie receiver Tre’Quan Smith had his breakout game today with 157 yards on 10 catches and a touchdown. Drew Brees has shown he can go to anybody in a Saints jersey and make them a star. Smith reminds me lot of All-Pro receiver Michael Thomas. ...