Saints show off unprecedented completeness in win over Rams (1 Viewer) 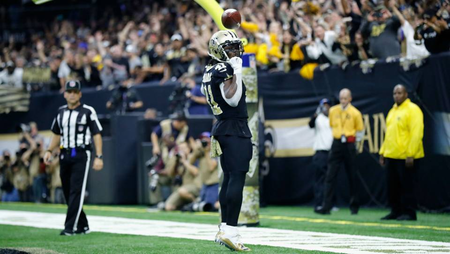 The Saints are still getting elite quarterback play from Drew Brees. But now everything else they have in their winning jambalaya tastes better than ever.

At 7-1 this season, New Orleans is off to its most impressive start in five years, the second-best in the 13-year Brees era. In 2009, the Saints started 13-0 on their way to a Super Bowl 44 victory. That team fielded one of the most explosive offenses in NFL history. When factoring all the efficiency and execution, that season marked Brees' previous high-water mark. The Saints' defense statistically wasn't good overall in 2009, but it was aggressive and opportunistic in getting key sacks and takeaways, all the way through Tracy Porter's famed pick-six of Peyton Manning.

Fast-forward to the Saints' 45-35 win over the Rams on Sunday, a game Brees entered with a career-high combination of completion percentage (77.4) and rating (118.2) at age 39 being maintained even with less volume. That's the scary thing: Brees has gone from needing to carry the team to simply being the spice that gives New Orleans its kick. ...