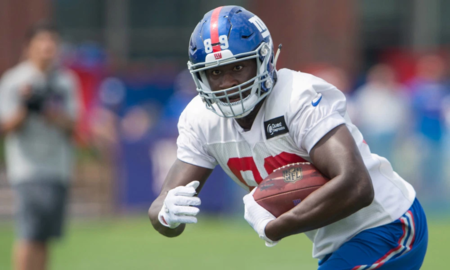 Adams first entered the NFL as a sixth-round draft pick out of South Carolina, selected by the New York Giants back in 2016; he had boosted his draft stock before that by timing the 40-yard dash in 4.64 seconds at 6-foot-5 and 247 pounds, the best mark for a tight end at the NFL Scouting Combine in Indianapolis. He played sparingly as a rookie, and was outranked the following year by first-round pick Evan Engram and veteran free agent pickup Rhett Ellison. Adams was waived by New York during roster cuts before the 2018 season. ...