Offline
So now we know what the bottom of the barrel looks like.

Sent from my SAMSUNG-SM-G900A using Tapatalk
Click to expand...

Puzzled by this as well. I know Finnegan had a negative reputation for much of his career but I didn't really seen anything negative in his time here.

Did anyone hear anything of non-football issues with him during training camp?

He seemed to be somewhat effective as a player and has tons of experience. How is Webb better with no experience in our system?

lades said:
So now we know what the bottom of the barrel looks like.
Click to expand...

The last time thy picked up a William & Mary defensive back it worked out alright. Well, minus the whole drugging and abusing women aspect, but we didn't know about all of that at the time.

Offline
Is he an outside CB? The only issue I see with Finnegan is that he is a slot/nickel back and we have Harris and Moore there.

Offline
Finnegan is slow. He's experienced and may indeed provide some benefit in that arena, but he's too slow to start now. Sterling Moore will step in this week and we'll see how that goes, but Finnegan was cut because he's no longer got the speed to play the outside.

Offline
I almost have the feeling if the Saints think Crawley, Williams, and bunch are the future ....let them play and grow. We might should just live through the growing pains.

Offline
Couple of items from his wiki page that make you shake your head.

"Webb was selected by the Dallas Cowboys in the fourth round (114th overall) of the 2013 NFL Draft.[3] Coming from a small college background, he looked overmatched in the appearances he made as a slot cornerback. He was eventually benched in favor of Sterling Moore, who was re-signed on November 25 after being released before the start of the season."

"On September 9, 2015, he was signed to the Tennessee Titans practice squad. He was promoted to the active roster on November 8th, 2015 for a game against the New Orleans Saints in which he recorded his first career interception."

SAINTSFAN said:
Is he an outside CB? The only issue I see with Finnegan is that he is a slot/nickel back and we have Harris and Moore there.
Click to expand...

In a strange twist of football fate, he was replaced in the Dallas starting lineup by Sterling Moore. He went on to sign with Pittsburgh, and ended up as a final roster cut this season by Tennessee.

From what I remember of him in college, he was very good in whatever position they placed him in. He was also a bit of a ball hawk, which has not translated to the pros obviously. The Tribe plays a good amount of zone, so I don't know how well he has transitioned to or would be able to transition to a man scheme. But I believe that Allen runs both from time to time, so there could be a place for him.

FatCitySaint said:
I almost have the feeling if the Saints think Crawley, Williams, and bunch are the future ....let them play and grow. We might should just live through the growing pains.

I'm pretty sure that is the case. Webb is still young and has some real physical talent though. He has an outside chance to grow along with them and contribute.

One other note; he was mostly a special teams player in Pittsburgh, and has an ability to be a returner. Just as an aside. 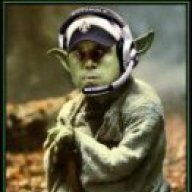 Offline
From the looks of it we might as well asked brandom browned to come back.

Nightshade said:
In 3 years he has 1 pick and 3 passes defended
Click to expand...

so about on par with all of our other DBs?
Show hidden low quality content