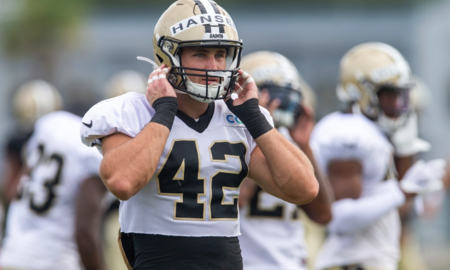 The New Orleans Saints practice squad is back to its full capacity after re-signing linebacker Chase Hansen on Thursday, who was waived from the active roster earlier this week to make room for new backup quarterback Trevor Siemian.

Hansen signed with the Saints as an undrafted rookie out of Utah last season, but he missed his rookie year while recovering from offseason surgery on a herniated disc in his back. He initially made the roster outright in 2020 and played 13 snaps on special teams in the season opener before landing on injured reserve with a hip issue. He was a healthy scratch since returning from I.R. and before being waived by New Orleans. ...