Gumbo's Dad said:
Looks like Sean buried the hatchet. This way his contract is not guaranteed and cap hit is apparently manageable. We do need a receiver.
Click to expand...

Wasn't the rumor that Brees was the one having issues with his work ethic? Seems like I remember reading that at one point. If that is the case it would make more sense that he is brought back now.

Offline
AT any rate, what prompted his departure happened when he was a much younger dude. If Sean sees past it then so do I.

Epic Brownie said:
If Thomas is Thomas and Harris continues to evolve, we can have a potent 4 WR set late season (Thomas, Calloway, Harris, Stills).
Click to expand...

At least depth in case of injuries. He replaces deonte just like Callaway replaced MT

DavidM said:
The narrative around Stills in his first stint with the Saints seems to be largely driven by rumor and speculation. There might have been some maturity issues, but I don't recall anything definitive that would suggest something irredeemable in his character. Early on, Brees and Payton recognized Stills as smart and a quick learner. I've posted this article before. 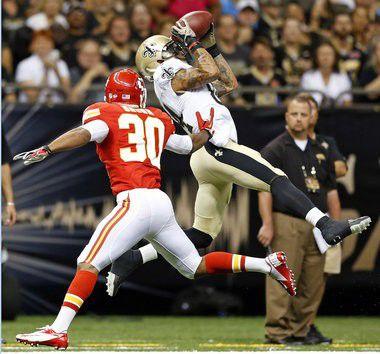 Kenny Stills is the man to beat for New Orleans Saints No. 3 receiver job, despite his up-and-down debut

That isn't to say something might not have soured the team on him but it's still a leap to get to "cancer" without compelling, supporting evidence. There were generalized reports of problems in the locker and that seemed to become an umbrella reason among some fans for every move that followed.

Whatever might have happened, I'm with you that Payton wouldn't be bringing him back if he didn't think he could trust him enough to help the team in some capacity.
Click to expand...

Maturity issues? I mean at the end of the day, these players are still kids so I cannot see someone getting released or traded because of that alone.

From what I can recall, we were on a selling spree around 2014-2015 so Stills could have easily been caught up in that and maybe a rumor was something to make sense of the move.

Either way, i'm glad he's with us and we can use his skillset.

Zack Lee said:
I suppose it’s possible I am confusing Snead. Now you just pull up articles about his protest arrest but he was also a kneeler during the anthem which could prompt some of the cancer talk because people tend to suck.
Click to expand...

Yeah, his social justice advocacy is going to be a problem for some people, maybe even some coaches and GMs. Also noting the protest related charges against Stills were dropped.

Offline
Looks he's a lot older and hopefully wiser than the last time he was here....so whatever if any locker room issues there were hopefully are a thing of the past..
I'll root for him as long as he's wearing a FDL

Offline
1. Most folks have moved on from player protests, other than still using Kaepernick as a lightning rod.
2. Stills was a very productive pro WR up until the last two years in Houston, which in addition collapsed into a Bill O'Brien dumpster fire last year, had a number of other speed threats like DeAndre Hopkins, Brandin Cooks, Randall Cobb and Will Fuller, which may be a good reason why he had the fewest stats and starts in his career.
3. With Winston's ability to hit the deep ball, a trio of Callaway, Harris and Stills could create nightmares for opposing DCs.
4. We could well lose Harris for a game or two suspension over his DUI.
5. Low risk, low salary signing.

Not much not to like here. I was content with L'il Jordan Humphrey and Chris Hogan getting their chance, but under the circumstances we may well have Loomised the league again.

UFCSaint said:
Wasn't the rumor that Brees was the one having issues with his work ethic? Seems like I remember reading that at one point. If that is the case it would make more sense that he is brought back now.
Click to expand...

I've read that claim here, but never from a reputable source. The early public comments expressed in the article I posted challenge that view, but then it's possible something in Stills changed over the next two years. Then again, his production over those two seasons also challenges the idea that he wasn't a hard worker.

Yep. We keep cashing in with Stills on the low. We drafted him in the 5th round. And now, I presume, will get him for the vet minimum.

As far as his personality, I believe he’ll fit in perfectly. Kenny has long since matured and was often a leader in the locker rooms he was in after us. I’m not worried about any personality clashes within this locker room. I’m excited. 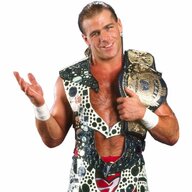 Our boy Drew throwin 747s all around the dome, but then giving it right back a couple minutes later

Offline
I don’t remember Kenny being a problem. I seen to recall someone saying he was very “California” in his laid back attitude. Maybe he didn’t take it too seriously? I don’t know. It does seem that at the time the team traded Kenny because they needed picks to rebuild the defense and not because he was a locker room problem.

I’m happy to see Kenny return to the fold and feel a lot better about our WR unit with him here. I definitely think he can contribute 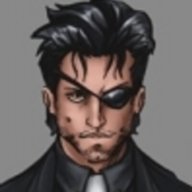 jbourque said:
Stills can take the top off a defense, locate, adjust and catch deep balls. He’s strong and fits in with Winston going vertical. He’s our version of Mike Evans.
Click to expand...

Let's be fair, Kenny is a much harder worker who runs better routes than Evans. Evans has all the physical gifts, but he's lazy in every aspect.

Not much not to like here. I was content with L'il Jordan Humphrey and Chris Hogan getting their chance, but under the circumstances we may well have Loomised the league again.
Click to expand...

Some people play checkers, some play chess, we have LOOMIS! 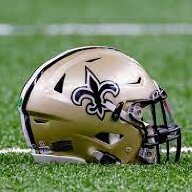 Offline
Good move that gives us some flexibility. If he is active against Carolina, we could use Montgomery more as a 3rd back. Thinking long term, given TQS can't stay on the field, it would be a great addition for the future. MT, MC, Stills, Harris would be a solid core of receivers.

J.T. said:
Some people play checkers, some play chess, we have LOOMIS!
Click to expand...