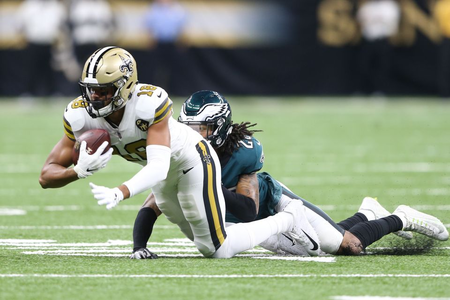 The New Orleans Saints wasted no time last week giving undrafted rookie wide receiver Keith Kirkwood a substantial workload in his NFL debut, and he played a significant role in his second career game, too.

Against the Cincinnati Bengals in Week 10, Kirkwood played 34 of 75 offensive snaps (45 percent), and he followed that by playing 25 of 70 snaps (36 percent) in Sunday’s 48-7 win over the Philadelphia Eagles.

The Saints have signed two veteran wide receivers the past two weeks, Dez Bryant and Brandon Marshall, but Kirkwood has proven to have a grasp of the offensive scheme after spending the first two months of the season on the practice squad. ...