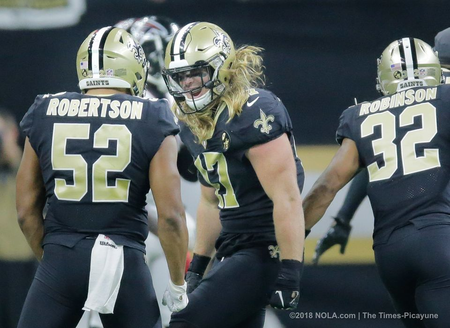 New Orleans Saints linebacker Alex Anzalone has made several key plays in recent weeks, and in Thursday’s win over the Atlanta Falcons, he played his most snaps of the 2018 season.

It’s hard to decipher whether Anzalone’s increased role was related to how they wanted to defense Atlanta’s offense or his recent play.

However, this was just the third time this season Anzalone has played more than A.J. Klein, and one of those games was the Week 10 blowout over the Bengals when Klein and others got to rest in the second half. Anzalone played 30 snaps in that game, which was actually his highest percentage of the year (70 percent).