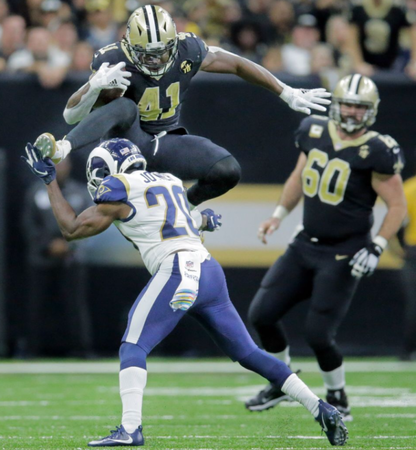 Before Sunday’s game against the Los Angeles Rams, it was a bit surprising to see the New Orleans Saints list linebacker Manti Te’o as inactive, but the reasoning became clear as the game played out.

The Rams primarily run offensive plays with three wide receivers, so to defend that, the Saints knew they wanted to use packages with three cornerbacks.

Defenses these days run the majority of plays in nickel packages with five defensive backs to counteract pass happy offenses, and that was the case for the Saints on Sunday as Williams never came off the field. ...