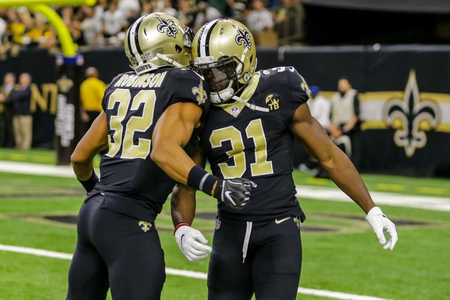 The Saints did some different things on defense against the Steelers.

It was the first time this season that safety Chris Banjo, who played 16 percent of the snaps, had a role with the defense in a game that wasn't a blowout. It was interesting because he played more snaps than Kurt Coleman.

The game was the first time this season since Week 1 that A.J. Klein, who played 48 percent of the snaps, was on the field for fewer than 50 percent of the plays. The differrence, however, was no that staggering, considering Klein has been under 51 percent in three other games.