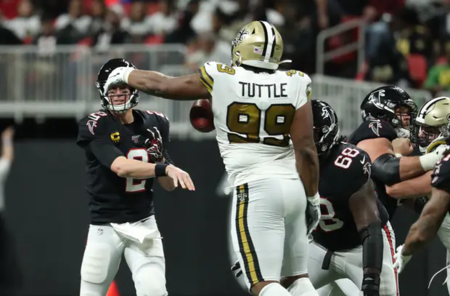 The 2019 New Orleans Saints already had a deep defensive tackle rotation of David Onyemata, Sheldon Rankins, Malcom Brown, Mario Edwards Jr., and 2018 undrafted rookie Taylor Stallworth. Rankins would miss the first portion of the 2019 season while recovering from an Achilles injury though. The team did not select a DT in the draft, although both Brown and Edwards were added as free agents. New Orleans would also receive more interior line help from an unlikely source.

Tennessee defensive tackle Shy Tuttle was not selected in the 2019 draft but was immediately signed by the Saints at the end of the event. The 24-Yr old Tuttle not only battled his way to a spot on the active roster, but impressed his coaches enough to earn an opening day start. Tuttle had a half sack against Houston on opening night and would see action in all 17 of his team’s games. ...