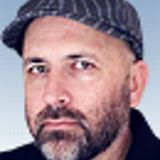 The New Orleans Saints march into the postseason as the consensus favorites to win Super Bowl LIII, according to sportsbooks across the nation.

With the playoff bracket set, the Saints were listed Sunday as the Super Bowl favorites at +225 at the SuperBook at Westgate Las Vegas. The Kansas City Chiefs were next at +400, followed by the Los Angeles Rams at +500 and the New England Patriots at +600.

New Orleans (13-3) began the season at 14-1 odds and moved into the role of Super Bowl favorite during a 10-game winning streak that stretched into late November. In addition to Nevada, the Saints also are the favorites at sportsbooks in Mississippi, New Jersey and Pennsylvania and can be found as low as +160 at some shops. ...