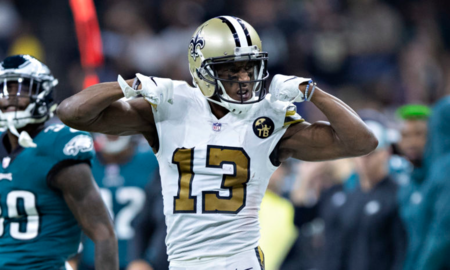 Brees got a lifetime's worth of criticism for his remarks. Thomas was among the bashers, writing on Twitter, "He don't know no better," and, "We don't care if you don't agree and whoever else how about that."

Criticism is part of life, but it's unusual when a sports star calls out a teammate in public. Brees promptly apologized -- both publicly and to his teammates, and Thomas later tweeted that he had accepted it. ...

Still, there was something bothersome about the way Thomas vented in public about a good man who blindly waded into a minefield.

Maybe this is a generational reaction, but why not just call Brees privately and chew him out for being insensitive? Is there no resisting the impulse to spout off on social media every time something bothers you? ...