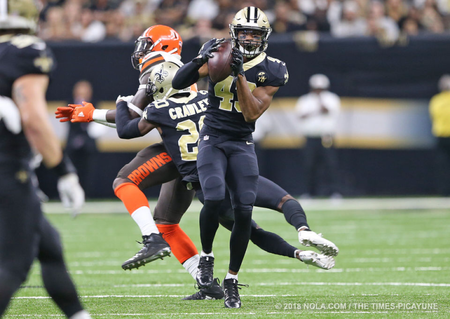 Michael Thomas, Alvin Kamara and Marcus Williams lifted the Saints back into the game by making the big plays that eluded the Saints for the first 45 minutes Sunday (Sept. 16). After the Browns tied things up late with a prayer of a 47-yard touchdown pass on fourth down, 39-year-old Drew Brees and 33-year-old Ted Ginn Jr. teamed up to give Wil Lutz a chance for a go-ahead 44-yard field goal with 21 seconds remaining.

Lutz split the uprights with his kick, helping the Saints avoid their fifth consecutive 0-2 start. ...