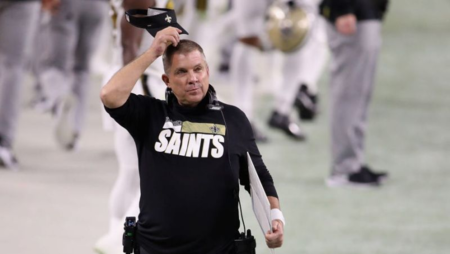 The New Orleans Saints were not happy with their performance Monday night against the Las Vegas Raiders. Head coach Sean Payton made the team get a jump start on their breakdown of the game before returning to New Orleans on Tuesday.

According to Jeff Duncan of TheAthletic.com, the Saints had been scheduled to depart Las Vegas on a charter flight at 10 a.m. Tuesday morning. Instead, the team had a morning review session of the loss to the Raiders before ultimately leaving town in the afternoon.

Payton has not been pleased by the performance of the offense over the first two weeks of the season. He called their performance “average at best” after the loss to the Raiders. He was also displeased with the game that he called in Week 1 against the Tampa Bay Buccaneers.

Quarterback Drew Brees said the offense is “not even close to what we are capable of.” ...