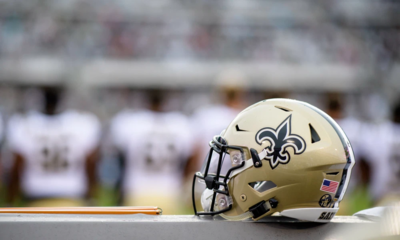 NEW ORLEANS -- They say all good things must come to an end, and the Saints saw a couple of them happen against the Packers on Sunday night. The team lost back-to-back games for the first time since 2017, and lost for the first time on Sunday Night Football at home under Sean Payton. They were previously 10-0.
Game Recap

The Saints started with the ball to open the game after losing the coin toss, and went three-and-out to begin. Aaron Rodgers would lead the Packers for 35 yards in 10 plays on their first offensive drive to set up a 52-yard field goal by Mason Crosby for the opening score. The Saints defense didn't look sharp to start, as they were getting killed in the flats. However, a big pass breakup at the line by Carl Granderson was followed up by a 12-yard sack by Demario Davis to help setup a long 3rd down attempt for Green Bay on the drive.

It only took New Orleans four plays to respond after averting a near disaster on the kick return. Latavius Murray had two strong runs, but it was the big 49-yard run by Alvin Kamara that flipped the field for the Saints offense. Adam Trautman, Josh Hill, and Tre'Quan Smith all had key blocks on the rush. Just two plays later, Drew Brees found Kamara over the middle for an 11-yard touchdown to put the Saints up 7-3 with 5:07 in the opening quarter. ...