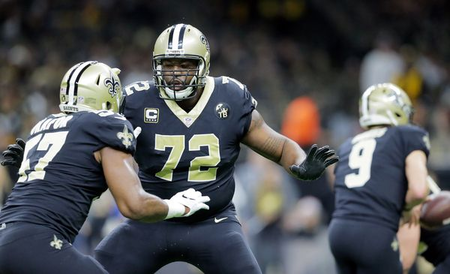 When the New Orleans Saints take the field against the Eagles Sunday (Jan. 13) in the divisional round of the NFC playoffs, it will have its entire offensive line at its disposal.

With the exception of wide receiver Simmie Cobbs (knee), who was ruled out for Sunday’s game, every player who appeared on the Saints' injury report this week was a full participant in Friday’s practice and will not carry an injury designation into Sunday’s game.

It has been a long road back for Armstead, who only played in one of the Saints' final seven games after tearing his pectoral muscle against Cincinnati in Week 10. Armstead did not make it through the first half of the game he returned for before aggravating his injury Week 16 against the Steelers.

He got an MRI after that game, and “went forward from there,” rehabbing to the point where he now feels he is able to play. ...