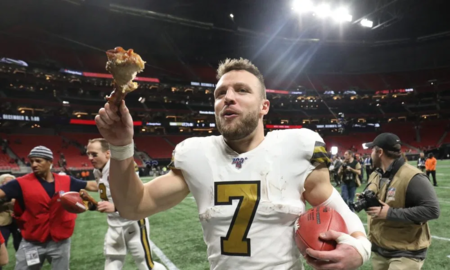 One of my favorite things in fantasy football is when there’s a wrinkle in position eligibility. Remember the great debate of 2016 over how Ty Montgomery should receive running back eligibility when he took over for Eddie Lacy?

And how about Jaylen Samuels, the Steelers running back who entered last season with tight end eligibility and probably won some fantasy titles for his owners at that position?

The issue with New Orleans Saints all-around player Taysom Hill isn’t quite as huge as with those two. His performance on Thursday — 33 yards on the ground, 12 through the air and two scores — is a rarity for the Saints’ gadget guy. We know he’s good for about one pass per game, a couple of rushes and maybe a catch or two.