Saints TE Ben Watson, the 'Under Armour mannequin' getting better with age (1 Viewer) 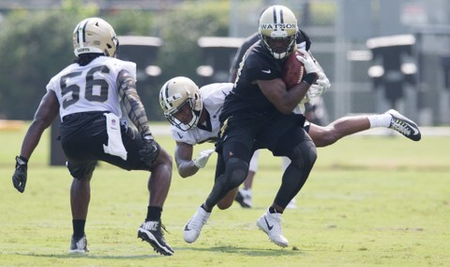 Ben Watson hears the jokes all the time, especially from the youngsters in the New Orleans Saints tight end position group.

Rookie Deon Yelder got a laugh when he informed Watson early in training camp that his parents were not that much older than him. Before veteran John Phillips signed, they were being factual when they ribbed Watson for having more years in the NFL (this is his 15th) than the rest of the position group combined. They delight in the fact that most were in grade school when Watson was bursting into the league as a rookie in 2004.

When removing specialists and quarterbacks from the equation, only two active NFL players are older than the 37-year-old Watson -- Minnesota's Terence Newman and Carolina's Julius Peppers, according to Pro Football Reference.

And the best part about it all for the New Orleans Saints: You would have no clue about any of that based strictly on what you can see. ...