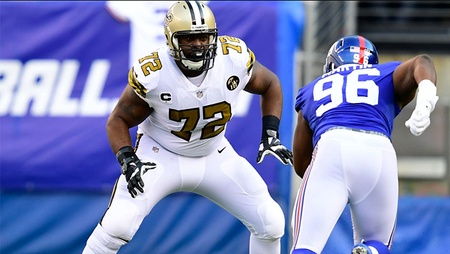 New Orleans Saints left tackle Terron Armstead has missed the past five games, and on Wednesday, he provided a bit more information on his lingering injury.

Armstead said he’s been dealing with a torn pectoral muscle, an injury for which he was never given a healing timeline after suffering it in Week 10 against the Bengals. He said he feels good, but he still has work to do before returning to games.

“I’m planning on coming back ASAP. Whenever I’m able (and) I can functionally go do my job, then I’m out there,” Armstead said, noting he wants to have more “game-like action” to test himself.

If it wasn’t clear before, the announcement Tuesday that Armstead made the Pro Bowl is an indication of how important he is to the Saints. Armstead said he was grateful of the honor, which is his first career all-star nod, but he’s more team oriented and worried about winning more than personal accolades. ...