Saints to use first-round tender on Taysom Hill ahead of 2020 free agency, per report (1 Viewer) 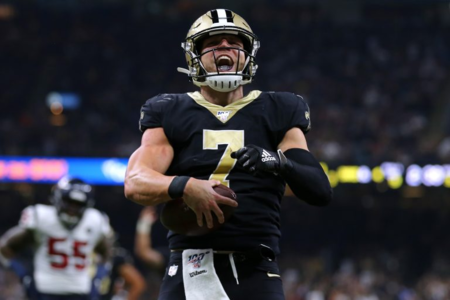 With Teddy Bridgewater set to cash in on a potential starting job in 2020 free agency, the New Orleans Saints seem to be taking every precaution to ensure their other reserve quarterback sticks around.

ESPN's Adam Schefter reported Friday that the Saints plan to use a first-round restricted free agent tender on No. 3 QB Taysom Hill, meaning they'd receive a first-round draft pick in the event another team offers Hill a contract and the Saints decline to match the offer. Not only that, Schefter added, but they're already operating under the mindset they'll have Hill locked up on a separate contract extension before free agency officially begins on March 18.

Saints coach Sean Payton said earlier this offseason he anticipated Hill's contract would "take a little more work" than that of starter Drew Brees, an impending free agent who's already declared he'll return to New Orleans. But it's apparent the Saints want Hill in the building, with previous reports indicating the team even wants Brees to help "pass the torch" to Hill in 2020-21. Hill himself has said he believes he's a "franchise quarterback" -- with a possible future in that role in New Orleans. ...