Saints' Tommylee Lewis on late fumble: ‘Just a dumb play by me’ (1 Viewer) 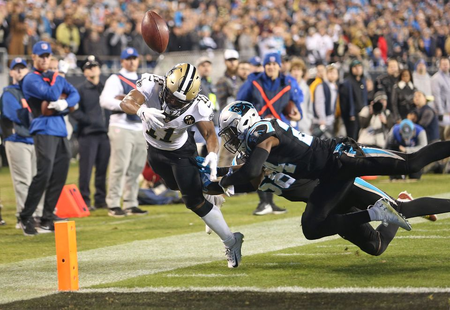 “Just trying to do too much, trying to get in the end zone,” Lewis said. “At that time in the game, that’s a bad play just by me. Luckily, the defense came through in the clutch for me. I’ll learn from it, just a dumb play.”

With 1:51 remaining in the game, the Saints faced third-and-4 at the Carolina 5, and they handed the ball to Lewis on a jet sweep. He ran to the 2 before leaping with hopes of reaching the end zone, but he fumbled. ...