Saints trade up again, select Chauncey Gardner-Johnson in the 4th round (1 Viewer) 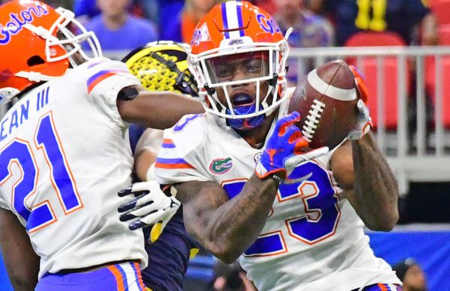 The New Orleans Saints stayed aggressive, trading up 11 spots to select Florida safety Chauncey Gardner-Johnson with the third pick of the fourth round.

New Orleans traded its fourth- (No. 116) and fifth-round (No. 168) picks to the Jets to select Gardner-Johnson. Before the draft, many projected Gardner-Johnson to go in the second or third round, and some pegged him as a possible first-rounder.


Gardner-Johnson was a playmaker in the Florida secondary. He intercepted nine passes in his three-year career and returned three of those for touchdowns, including four interceptions with two touchdowns last season. ...