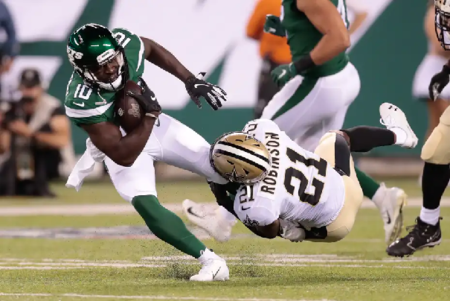 The New Orleans Saints are preparing to enter training camp for their 54th NFL season. The elimination of offseason workouts and cancellation of preseason games because of the Covid-19 pandemic will make roster decisions more difficult for coaches throughout the league. The NFL has not yet announced whether the rosters or practice squads for the 2020 season will be expanded, but there are always surprise veteran cuts throughout the league every preseason. That will also be the case in New Orleans, who has one of the league's deepest rosters. With fierce competition at every position expected, a few Saints veterans could be left out once roster decisions are made.

The 32-Yr old Robinson is the most overpriced and vulnerable member of an otherwise strong New Orleans defense. He accounted for over $5.3 million of cap space in 2020, despite playing in just 16% of the defensive snaps. When Robinson was on the field, he often looked out of position and was targeted by opposing quarterbacks with frequent success. Recall it was Robinson who gave up the deep completion to Vikings WR Adam Thielen to set up Minnesota's game-winning touchdown in last January's 1st round playoff loss.