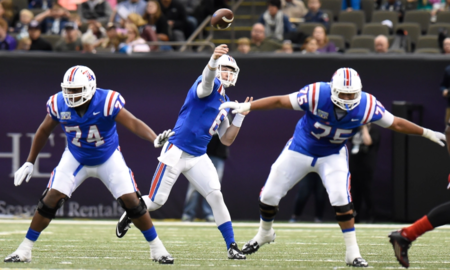 The New Orleans Saints offensive line took a huge hit this week after starting left tackle Terron Armstead was designated to the COVID-19 reserve list, with backup guard Derrick Kelly following him. Neither player was available for their win with the Denver Broncos and their status is in doubt ahead of Sunday’s game with the Atlanta Falcons.

So it makes sense for the Saints to host a few free agents on tryouts. They reported two visitors on the daily NFL transactions wire:

A college teammate of Saints rookie Calvin Throckmorton (a member of the practice squad), Aiello mostly started games at left and right tackle for Oregon with a few spot-starts here and there at right guard. He weighed in at 6-foot-7 and 315 pounds before signing with the Minnesota Vikings as an undrafted free agent. He also joined the Cleveland Browns for training camp before trying out for the Saints and Washington Football Team earlier this season. ...